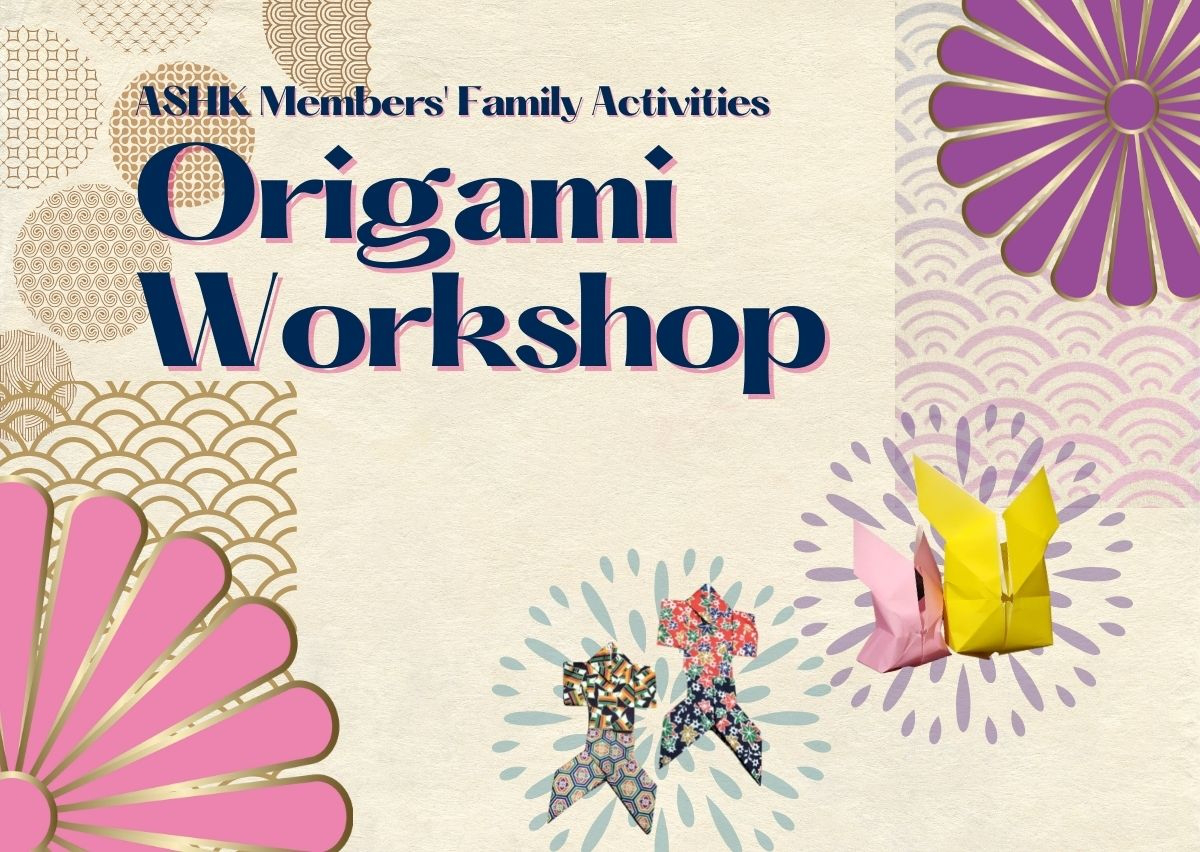 Looking forward to more origami activities? Once again, Asia Society Hong Kong is collaborating with Ms. Misaki Nagaoka to bring you and your family an hour of handicraft work. Ms. Nagaoka will guide you over zoom on how to fold a snow rabbit (yuki usagi) and male servant in japanese traditional costume (yakko-san and hakama). Take this chance to learn how to fold these crafts and also the cultural significance of these items.

The session will be led by Ms. Misaki Nagaoka, BA and MA in Political Science, Waseda University, is a research assistant at, Department of Japanese Studies, Chinese University of Hong Kong. Born and raised in Tokyo, she has lived in Hong Kong since 2017. Her interests include Japanese calligraphy, foreign languages, and identity in a multicultural context.

In May 2020, Ms. Nagaoka led a handicrafts workshop for CUHK's Multiculturalism in Action Project, helping participants gain a deeper understanding of Japanese culture and the environment in which origami developed. Ms. Nagaoka had successfully led two online workshops at Asia Society, where members from all around the world joined to learn about Japanese culture and fold various items, e.g. medal , star box, paper crane, cicada, balloons, ninja hand blades, etc.