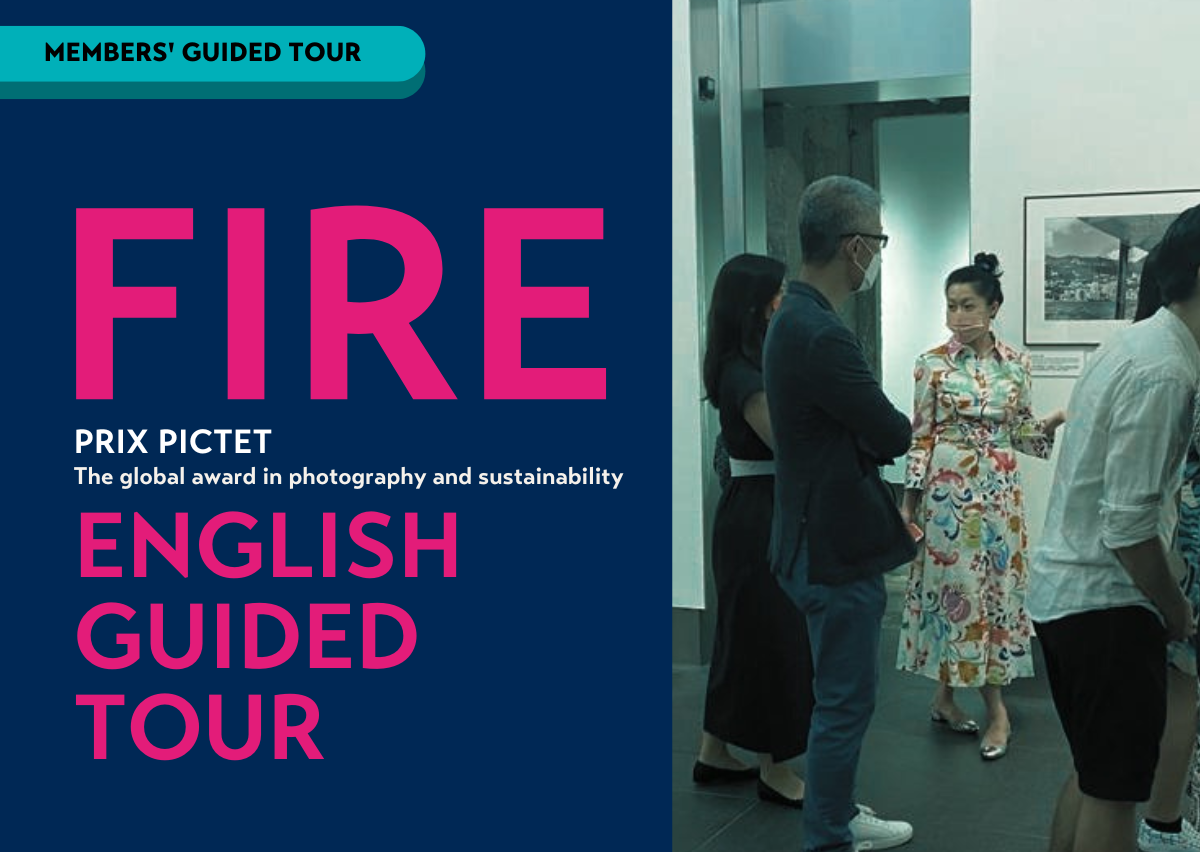 Please visit our page​ or contact us at membershiphk@asiasociety.org.hk if you would like to know more about other membership types.

The Prix Pictet is the world's leading prize for photography and sustainability. Its purpose is to harness the power of photography to draw global attention to critical sustainability issues that threaten humanity- and the planet that we share with the rest of the natural world.

The ninth cycle of the award takes the theme of Fire. As Sir David King, Chairman of the Prix Pictet Jury, says in his foreword to the accompanying book, 'If ever there was a time for the Prix Pictet to take up the theme of Fire, that time is now. Last summer we were inundated with images of fire at its most frighteningly destructive ... These were not the harbingers of a crisis; they are the thing itself. This is it. The fire, long foreseen, has finally arrived. It is as if the future has somehow slipped into the present while we have been busy looking elsewhere and discussing long-term solutions.'

Over 600 photographers were nominated for Fire by a global network of nominators. After a rich debate the jury arrived at a final shortlist of 13 artists. In December 2021, at an award ceremony held at the Victoria and Albert Museum in London, Sally Mann was announced as the ninth Prix Pictet laureate. Mann was recognized for her Blackwater series (2008–12), a multifaceted exploration of the Great Dismal Swamp, which spans the border of Virginia and North Carolina. The swamp was long a treacherous refuge for people escaping slavery, and has since been devastated by wildfires.

As a group, the artists appearing in this cycle present fire as the most capricious of the elements - the bringer of life but also the author of terrifying destruction. Their work is a vision of what lies ahead: not only what has been but what is to come.