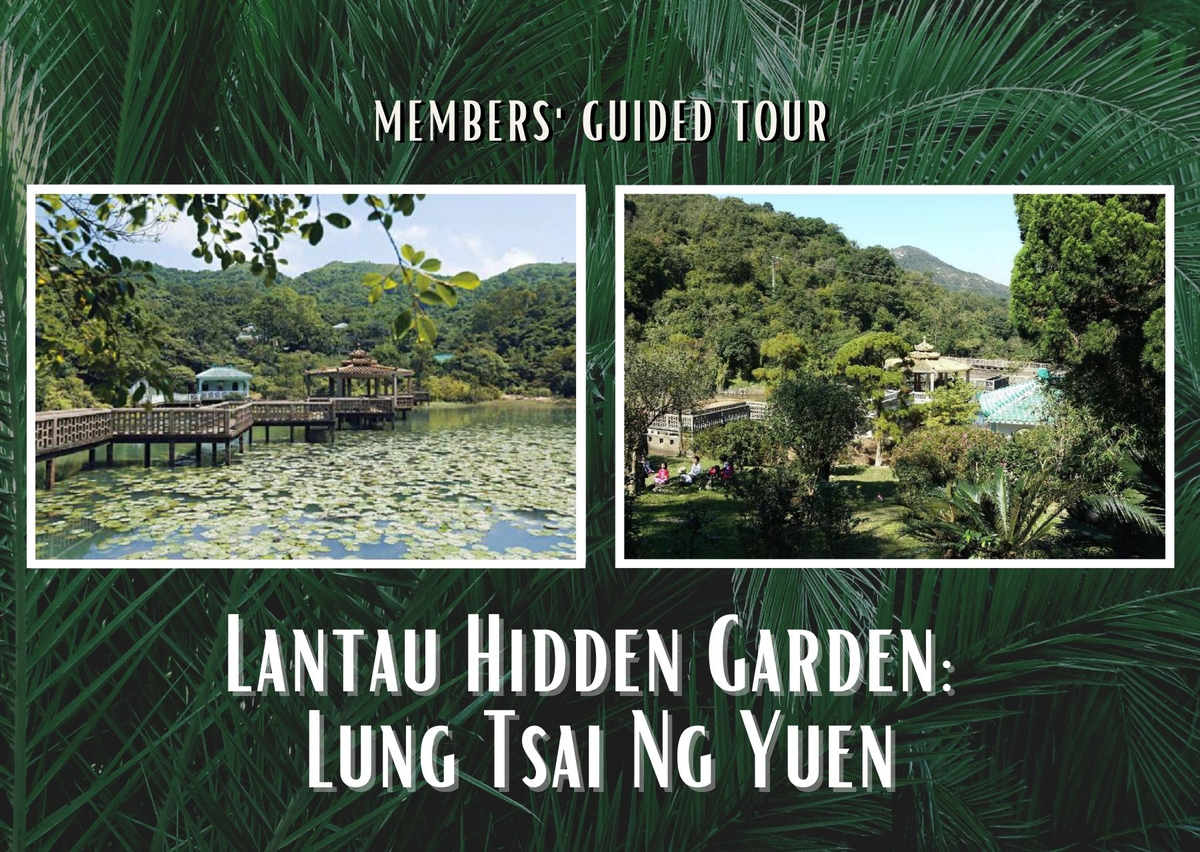 Lung Tsai Ng Yuen 龍仔悟園 (in Chinese meaning Garden of Enlightenment at Lung Tsai), is set in the deep mountains of Lantau Island two kilometers from the Tai O Village. It was built by the late Shanghainese textiles industrialist Mr. Woo Kun Sheng (吳昆生) in the mid-1960s as a "Hidden Garden", and of the Jiangnan Style. Mr. Woo, a devout Buddhist, who often visited the nearby temple, was inspired by the Lung Tsai area's quiet hills and unique land formation during a hike there. Together with his passion for gardens an﻿d nature, he spent four years to build Lung Tsai Ng Yuen.

The main features of the garden are its Koi and Lilly pond where a Nine-bend Bridge stands. Various types of bamboos, trees, Azaleas, Camelia and ornamental trees were imported from China and planted there together with the indigenous plants. There are Buddhist motifs all around the garden and villas, and till 1975 there were even peacock, deer, and mandarin ducks. Most of the construction materials, trees, rockery, were carried up to the mountain from Tai O. The heydays of the Garden was around 1965 - 1975 when it was open to the public and once known as the "Pearl of Lantau" or "Little West Lake". After Mr. Woo's passing away in 1975, the garden was minimally maintained and the overall state of the property gradually went into a decline. The descendants of Mr. Woo have been restoring the garden since around 2010, including infrastructure repair to the Nine-bend Bridge, and renovation of the villas.

The Garden is now in relatively good condition and members of Asia Society Hong Kong Center are invited to visit this historical place on December 18. Mr. David Wu Jr. will lead our members in this private tour of the garden and villa.